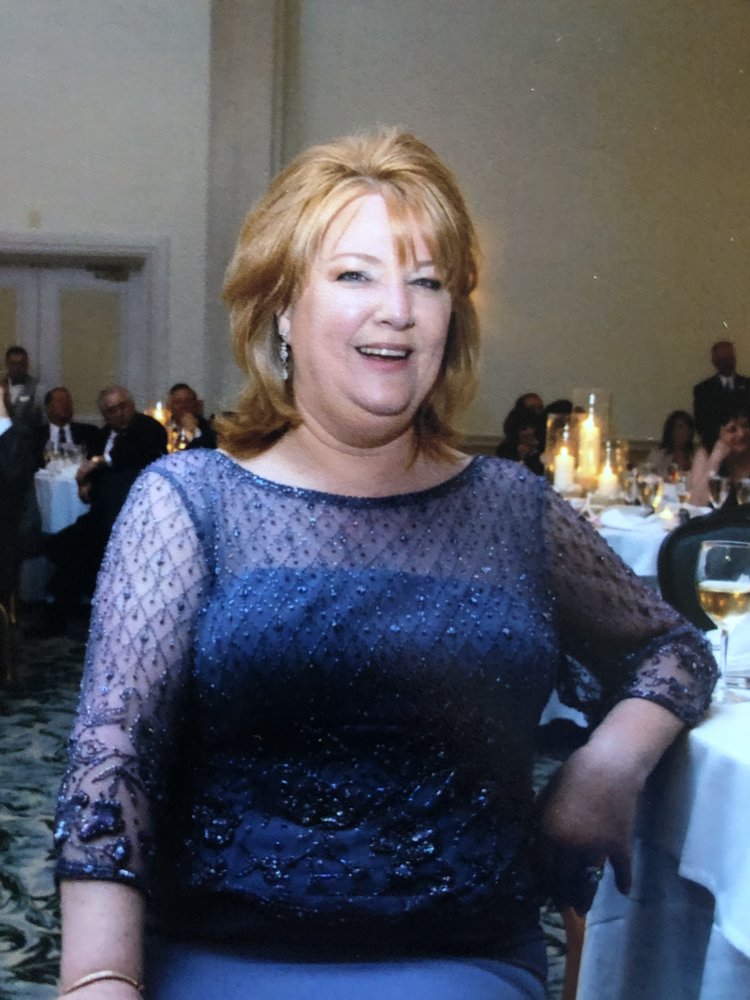 She was the 2nd child, younger sister to her brother Bill.

Her formative years were spent in Hells Kitchen NY where she was employed by Hearst Magazine and subsequently the Shubert Theater Organization.  It was at the Imperial Theater she met the love of her life, Lee Cobb.  Doreen and Lee would marry in September of 1978 and then had their first child, Kristine in 1980.  Followed by the birth of their son Bryan in 1983.  As a unit of 4 the family moved to Middletown NJ where Doreen and Lee raised their children.  Doreen loved being a mom, her children were her pride and joy.  Their third “child” came along in 1997 and that was her beloved Yellow Lab “Lucy Girl” who sadly passed in 2010.  Doreen was the best pool party/bbq host in the world, hosting dozens and dozens of memorable parties..  As a guest in someone else’s home, Doreen was the first to volunteer to do the “clean up.”  Her unselfishness was a signature of her life, as was her smile.

In Doreen and Lee’s retirement years, they were blessed to snowbird to south Florida where she quickly endeared herself to everyone she met.  Together, they enjoyed travel with their dear friends: Sue and Jim Beaudrot, Glen and Donna Docter and lifelong family friends Cliff and Gwen Cobb and Jim and Terry Orlando.  She loved dining out, sitting on her patio enjoying sunsets while playing Words With Friends on her iPad and scrolling Facebook commenting on the grandkids.  It was the escape from the NJ cold that she cherished too.

Her greatest joy in life, after her daughter and son were her beautiful grandchildren.  They each brought so much to her life as she did to theirs with her BIG hugs, shopping excursions and many random gifts from Kohls’s and Target.  There were no shortage of sleepovers at Cookie and Pa’s house.  She felt incredibly blessed to have her 3 granddaughters and then later to welcome her Lil Man (Panda Man-Alexander).

There was one thing for sure, Doreen loved her family and friends deeply.  The amount she will be missed is immeasurable.  The paradox of Doreen’s life is, to many she was known as one TOUGH Cookie, when in reality she was a sweet, kind and gentle soul.

Doreen is survived by her husband Lee Cobb, her son Bryan and his wife Lisa Cobb of Aberdeen, his daughter Kristine and her husband Dave Brink of Hazlet, her beloved grandchildren Katelyn, Riley, Jordyn and Alexander. She also leaves behind her brother Bill Carrick of Middletown, her sister-in-law Karen and her husband Jerry, Roseann and her husband Chris. brother-in-law Al and his wife Stephanie and her Nieces and nephews Devin, Carole, Nicole, Lauren, Aryanna, Michael, Scott, Christopher and Joseph

In lieu of traditional remembrances the family request that you make a donation in Doreen's honor to St.Jude Children’s Hospital at www.stjude.org.

Add Condolence
Share Your Memory of
Doreen
Upload Your Memory View All Memories
Be the first to upload a memory!