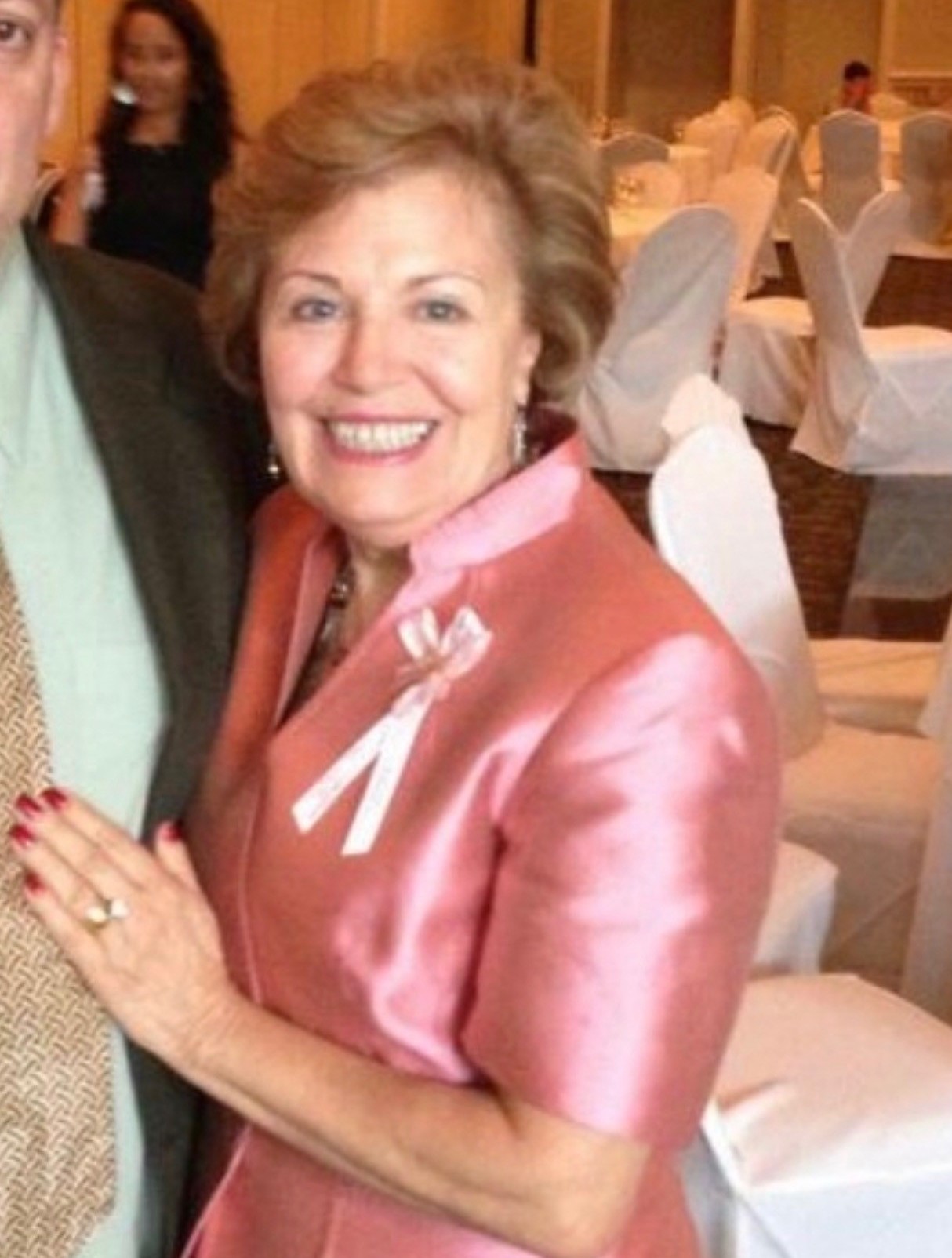 Tsambica Michael Papastamatis (Jean to many) came into the world on June 29, 1940.  She was born in her family home in the village of Lahania, on the island of Rhodes.  She sailed for America at the age of 8 with her parents, Michali and Kyriakoula, and her 3 siblings, Demetra, George and Loula.  Her first photograph, taken upon their arrival, shows Dee and Jean arms around each other, gleefully clutching their shared doll, George with a mischievous and confident grin, and Loula with a look of determination and sophistication.  Her father stood tall as her idol and her mother, the archetype of the strong Greek matriarch. It was as much a photo as it was a prophecy.

Tsambica grew up in Newark and later moved to Belleville, NJ, attending St. Nicholas Greek Orthodox Church under Father Aloupis throughout.  She was given the nickname of “Jean” by an elementary school teacher who looked down in despair at the name “Tsambica Papastamatis” and decided, better to invent a new name than risk a pronunciation. She was Jean from that day on.  She befriended many in GOYA and school who were in constant contact with her up until her last day -- a sisterhood that did not know bounds of race, time or distance.

As the star travel agent of Peter’s Tours, she won a trip for her family to Australia to visit extended family.  Upon her arrival, her relatives called Costa Phillips in the dead of night, declaring “Come quick, there’s an emergency!”  Costa sped to the house, skid to a stop on the lawn and burst through the door.  He soon learned the nature of the emergency --  “Go open your salon, Costa.  Jean from America is here and we're going out on the town!”  Costa stormed out of the house and Jean did not think much of the gruff brute with his fancy car and loud talk.  That icy start thawed gradually over the night, until Costa melted her heart entirely by walking a distance to fetch a blanket because he noticed her shiver. The blanket set in motion a chain of events spanning 50 years -- a year of daily letter exchanges, a flight to America, a wedding, 48 years of devoted marriage, 2 children and 5 grandchildren.

Jean was known for many things: her infectious smile, selflessness, incredible generosity, unreasonably extensive holiday feasts (which she missed entirely because she never sat while doting on her guests), her way of forming and maintaining deep connections with so many who came into her life, and her utter devotion to her family.  She was a fixture in her beloved church, Kimisis Tis Theotokou, from its very start - attending Father George’s services at Beer Street before the church was even built.  She made pastries for the festival every year until the day she physically couldn’t (which broke her heart).

Her best friend and constant companion for every one of her 80 years was her sister Dee -- ever the “Bobbsey Twins” and each others’ personal “Poopsie”, a day was not complete unless they spoke.  They were inseparable to the very end, Dee clutching her hand in tenderness and tears as Jean left this world.

Jean had two children, Chrissy and Michael who she simultaneously cherished and relentlessly pushed.  She curated for them a childhood filled with magic memories of kite flying in Holmdel Park, Ann Margaret scored Christmas tree decorating sessions, living as siblings with their cousins, memorable trips and family vacations, holiday feasts in a house filled to the brim with family, and her world class cooking on a table set for 4 each and every night.  They recently discovered she secretly kept organized folios of their accomplishments -- from preschool drawings, high school and college awards, including printouts from their work websites.

Jean pulled no punches, frequently reminding her children (and their dates) that no one would ever be good enough for her kids. That is, until she met Chrissy’s Gregory and Michael’s Stephanie.  She admired Greg as the rock upon which Chrissy grounded her world, the hockey brute with the softest heart.  In Stephanie, she faced her Big Fat Greek Wedding fears, and came out the other side embracing her as a true and cherished daughter -- finding in her the only one who could counterbalance her son’s frantic energy.

Despite her love for her children, the distinction between immediate and extended family was an alien concept to Jean -- one of those fake American invented things, like buying cafeteria lunch or going to the beach with less than 20 people or without spanakopita.  She treated all of her nieces and nephews (Alex, Michael, Florence, Louis, Karen, Tricia, Lenny, Karen, Jean and Maria) like they were her own, reared under her watch, because in large part, they were.  She was blessed with too many godchildren to count, but never missed a birthday or holiday to reach out to each.  She had a complete collection of the ribbon pins from each of their christenings (and each of their children’s christenings) -- more than 35 in total spanning more than 50 years, not a single one missing.

Her greatest joy in life was her grandchildren -- Kyra,Constantine, Sofia, Isabel and her little “Tank”, Andrew.  She loved them each in equal measure, but her relationship with each was uniquely textured and personal.  They gravitated to her and doted upon her until her last day.

In her final years, Chrissy and Greg uprooted their lives and made a new home with Jean and Costa.  When the words left her, Jean’s eyes never stopped showing her gratitude as Chrissy and Costa rode every wave of her illness with her and Greg excelled at the impossible -- keeping sanity and humor in their home of 10 souls:  themselves, 3 children, two grandparents, one caretaker and twin french bulldog puppies. That loving home was the place of her passing, surrounded by her loved ones, on July 11, 2020.  Jean left this world a better place than she found it.  The hole left by her absence is matched only by the magnitude of her memory.